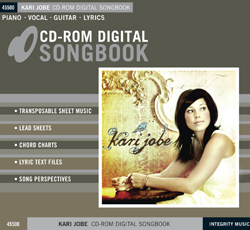 To the latest “the joint” contest winner. (thanks to our friends at random.org)

He wins the Digital songbook for the new Kari Jobe CD.

PKILLER MAKE SURE YOU SEND ME YOUR ADDRESS SO WE CAN SHIP IT TO YOU.

How do you enter to win future contests? Well I’m glad you asked. Just comment on THE JOINT review post on any of the 3 blogs below and you will be entered to win this awesome prize.

The Joint: The Czar

The First EP from Hip Hop artist The Czar can be purchased at:
http://www.discrevolt.com/theczar

The Joint: what is it?

So you have seen this crazy thing on 3 blogs now… Just thought I should tell you what it is before it starts showing up.

I have about 750 or so CD’s on my ipod and I am getting more very often. People ask me all the time. “what should I be listening to…What should I be doing in church…whats good these days?”

So i realized I love doing reviews, but they are so infrequent. I also love multiperson reveiws. So I hooked up with to rockin guys:
Worshipcity
Live to Worship

And “The Joint” was born. We will have this feature VERY OFTEN.

3 guys…3 worship leaders….3 wicked cool people…and tons and tons of music to review with our thoughts that you can use.

…and it all starts tomorrow.

I wanted to post a list of my reviews I have done so you can get a chance to look at them.

I have a new review feature that will be showing up here, called “the joint”, that you don’t want to miss, but until then you need to catch up.

Worship Matters: Bob Kauflin
The Shack: William P. Young
They Like Jesus Not the Church: Dan Kimball
Blue Like Jazz: Donald Miller
90 Minutes in Heaven: Don Piper
Planning Blended Worship: Robert Weber
Dangerous Act of Worship: Mark Labberton
Save Me From Myself: Brian “Head” Welch
The Barbarian Way: Erwin Mcmanus
God Songs: Paul Baloche
Unchristian
Jim and Casper Go to Church
The Gospel According to Starbucks
In a Pit with a Lion on a snowy Day
The Wild Goose Chase

Klaus: Glory-an evening of worship
Joel Augé: On the Blue
Leeland: Opposite Way
Worth Dying For
Deluge: Live
Lincoln Brewster: Today is the Day
Sojourn Music: Before the Throne of God Above
David Crowder Band: Remedy
Matt Redman: Best of
Sara Groves: Add to the Beauty
Brian Doerksen: Holy God
Vicky Beeching: Painting the Invisible
Hillsong United: All of the Above

Multi-Angle Reviews from The Worship Community

Wanted to let you guys know about a few movies I saw recently.

This is a killer movie and exactly what I was hoping for. Robert Downey Jr. was perfect for the role. I loved every minute of this movie and It goes into the catalogs as one of the top 5 comic book movies of all time.

It stayed true to the comic which was nice. Great humor, Good acting, and awesome action. This was not a campy movie. It was very realistic and not litered with a on of unbelievable CGI.

Iron Man is a must see.

Did you see the first one they did a few years ago? I did and that’s why I was scared to go see this one. My brother took me out to it for fathers day so I thought what the heck it’s free. They say never judge a book by it’s cover. In this case don’t go into this movie thinking about the last one. The last movie was so CGI and crappy it deserved 1/2 stars and that is basically because it did have the hulk in it.

This movie sets itself apart. It was great. It had all the elements of the comic and finally had actors who could….ACT! And Hulk didn’t look cheesy and dumb. He was actually very cool looking and his movements were very realistic when he fought the abomination. There was also tony stark in it and so great teasers for the future marvel comics world of movies.

I don’t think there was much language in it and no visible sex. I think you need to see this one because it restores the hulk franchise.

It is like batman begins vs. batman forever. NUFF SAID