Great interview with mark driscoll. I love his writing and teaching. I don’t always agree, but I also can’t name anybody I always agree with any way. God is using Mark in a great way.

How do you discover hidden talent in your church?

A funny thing happened the other evening at our mens group…

Let me preface this with the fact that our church has about 65 – 75 people coming on sunday morning so that you know that this is not a large church.

My dad, who is the pastor, and I were discussing doing a makeover on our drum kit. We were talking about getting new cymbals and heads and maybe throwing a shield on it and mic’ing it. We will be moving into a new building soon and want to get the best sound possible. Currently our drummer is also our pastor and while he is a professional drummer it isn’t always an ideal situation.

As we were discussing it one of the guys in our small group pipes up and says.

“I can probably get you some zildjian cymbals for really cheap.”

My dad and I whipped around. WHAT!

It was now time to drill this guy. How does he even know about drums at all? Why had he never told us that?

He proceeded to tell us that he would be happy to setup the kit for us and that he used to be a drum tech.

He worked with bands like alice & chains, Tool, and the black crowes among others.

Of course our jaws hit the floor.

Are you kidding. Why have you not..? huh?

He told us ways of making drums sound better that even we had never heard before. He told us you can put cotton balls in the bass drum instead of using a pillow so you can add and subtract to get the best sound and more.

We then went to get some coffee where this man also told us he played drums. I don’t know if he is good or not, but he just may be.

When we asked him why in the 4-5 months of being in the church, connecting with people, and coming to a mens meeting of about 7-8 guys had he not brought this up he answered.

I have to tell you I ride the fence with that reply. I love the faith aspect of it, but I also think there are people who have so much to offer and instead of laying everything out on the table they are waiting for God to present a situation.

Praise God this man opened up and he will have the opportunity to be used in the kingdom, but he is just one our people.

Remember we are a church of about 70 or so people and were in desperate need of a drummer. This man, who I really have grown to enjoy in our mens meetings, was completely untapped.

I can’t imagine how much more prevalent this situation is with the larger churches.

So how do we get people who are commited to the church to lay everything on the table, and let us know thier hidden talents?

How do we best utilize people if we don’t even know what they are skilled to do?

We have done the questionnaires and they have yielded little to know fruit.

This man was praying God would present the situation for him to open up about it. I think that is very admirable.

My question though is…maybe we are the situation. Maybe God is waiting for us leaders to get people to lay it on the table.

So how do we do it? Any thoughts? tried and true methods?

I joined this. this is from Fred mckinnons blog.

I ordered my book and it says can take up to 2 weeks to get..uh oh…maybe they have a PDF of the book I can use till they ship it. Anybody?

REMINDER – Join worshipers from all over the world in the “Pure Praise” devotional study, starting next week!  Bloggers – please consider copy/pasting this and announcing it on your blog.  Let’s get as many people involved in this group discussion as possible!

Hey everybody, I blogged about this a couple of weeks ago, but will be reminding you all over the next week.  Join us over at  TheWorshipCommunity.Com for a meaningful, in-depth study of God’s Word through “Pure Praise”, a heart-focused Bible study on worship by Worship Leader and Author, Dwayne Moore.

This is a 9-week study that we will begin the week of January 12, 2009. Each day we will share our thoughts on the daily devotional and then participate in the Group Discussions each week – as a group of united worshipers on TheWorshipCommunity.Com in the forums.
(daily and weekly discussion will take place in this thread of the TWC Forums) END_OF_DOCUMENT_TOKEN_TO_BE_REPLACED

Once an Arafat Man: Book Review 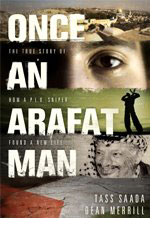 I got this book about a month ago with a promise to review and blog about it. I read it in just a few days and then I realized that I had no clue what to say in my review.

I decided to cheat by looking at other people reviews of this book. Many had some little comments and some just copy and pasted some sections of text. No help there.

I went back to the book trying to figure out why I was having such a mental block.

The book is a testimony of a mans life and how God changed it.

I have read those books before and i usually walk away from it going… “wow…thats good stuff..” and then move on in life.

This book however did something a little different for me.

Let me preface this with the fact that I know the writers son. He is a great blog friend of mine, a wonderful father, husband, and fellow worship leader. Why is that part significant. Very simple.

God does amazing things and sometimes we get to see a small glimpse of it. Other times we get to see God change somebody and then that change has a domino effect on everybody and everything around this person. This testimony is just that.

I’m not going to go into too much detail about the mans life and what you can expect. That would ruin it.

The testimony in this book is a testimony much like that of the great men in the Bible.

A testimony of God taking wretched things and making them holy.

A testimony of the overwhelming grace of God.

A testimony that while old still is being worked to this day.

A testimony that forces a person to recognize there MUST BE A GOD.

This is a testimony that confounds the wise.

This is a testimony that is makes the devil shake because people have been changed by this mans life and are continually being changed through the domino effect of Christs amazing grace.

So why was it so difficult to review this. Simple..