I was exited when my friend Chris, from Brothers McClurg, told me they were working on some new material. When the album came to me I realized that him using the word “new” may have been a bit of false advertising.

If you have heard these guys speak or read anything about them you would have heard that…The band name pays homage to Anthony and Chris’ greatest influence: their maternal grandfather Pastor Bill McClurg, who led the southern gospel group The McClurg Family Singers.

Interestingly enough with the many ministry phases these guys have been on in the world of worship, it is THIS album that first pays homage to that family tradition in it’s sound and not just the name.

Folk rock, or should I say indie folk, is in these days with bands like civil wars, lumineers, mumford and sons and many others. In the worship world we have people like “All sons & Daughters” paving the way for a return to a more folk roots. However it seems that not too many have taken that a little deeper into a mix between southern family band and Simon and Garfunkel like Brothers McClurg does on “Home”. These guys are attempting to bring a few generations together sonically in a sandwich of acoustic nuance.

This album is a great tribute to their heritage, but it’s also not an attempt at trying to recreate that sound. Instead they chose to honor it and create something fresh.

I’m not sure if it is corporate worship friendly and quite honestly I’m not sure if I even care. It is worshipful art. Some art is meant to be hung on a wall to be admired, taken in and enjoyed. From a listeners perspective, that participation is enough for me.

If there is anything I would add or change it would be tracks like “move us on” and “i don’t want to worry” having an even more swampy feel to it. While I know it wasn’t the sound they were going for, I couldn’t help but hear old dirty blues played through pedals with dying batteries on a few tracks in my brain.

This album has a less is more feel instead of relying heavily on a “singer songwriter” vibe. I think Good music like good art has you hearing, feeling and seeing things that aren’t always there. This album captures that.

I believe this is a MUST BUY if you want to hear something different, fresh, fantastic and yet very familiar. – This for sure pushes my comfort zone for country music which is why I am glad it leans more towards simon and garfunkel meets the gaithers rather than Billy ray Cyrus “achy breaky heart”.

Disclosure of Material Connection: I received this CD free from Brothers McClurg to review. I was not required to write a positive review. The opinions I have expressed are my own. I am disclosing this in accordance with the Federal Trade Commission’s 16 CFR, Part 255 : “Guides Concerning the Use of Endorsements and Testimonials in Advertising.”

“Those who danced were thought to be quite insane by those who could not hear the music.” – Angela Monet

If you were in a hole this weekend you missed me giving away the new hillsong CD on twitter and now on my blog… today is the last day get get in on that. Go to my giveaway post and make a comment…
I will announce soon who is the winner. 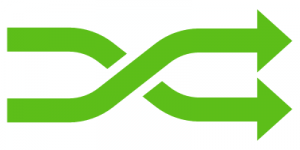 Fred Mckinnon did another shuffle your i-tunes and post what comes up. I did it a few months ago and it’s always fun so here we go again. While your at it…shuffle yours and comment with what you’ve got in the list.

Delusions of Grandeur – Flemming and John

The Sky is still the same – Emily Schiavi

So my buddy wisdom posted a shuffle of his tunes and I thought I wonder what that looks like on mine. This is one interesting mix.

Do a shuffle for me…what comes up.