WIN A FREE TICKET TO FORGECON & REFUGE: SEE BELOW

It’s not the shortest video, but I promise it is a fun one.

My friend Fred Mckinnon and I decided to do a joint interview about two different conferences each of us are planning.

LOVE THE VIDEO… and then

let us know which conference you want to win a ticket to by 5PM EST Aug 4th and on Aug 5th we will give away a ticket to each event!!

Spread the word thought. You don’t have to watch video to win (but it did take 2 hours to make) – however you do need to comment to win!

I’m sitting in my hotel room right now and its the morning after day one of Re:create. Fred Mckinnon is sleeping and the room is shaking. Ha…just kidding.

What an awesome first day. I’ll try to give a quick recap so far and hopefully I don’t forget anything. I will have to go back at a later date to add links to people when I mention them.

Lets start right at the beginning. I get to wake up wicked early and drive 45 minutes to the Providence airport. After 1 hour in airport and 3 hours on plane I arrive in Nashville. When I come off the excalator I am greated by typical billboards and advertisemnts in the glass cases. However in this airport there are guitars in them. YUM!

I waited around a bit and then saw Fred Mckinnon coming down and it was awesome to finally meet that guy and spend the day getting to know him.

We grabbed our car and headed off to lunch and bloggers meetup at Meridees. We got there and a worship pastor named Louis and Jan were there already. next up were a few people (can’t remember thier names). Then came in Chris (from canada) and Alastair (snowjunkie). I was so awesome to meet those guys finally. Lets see…Recording artist Mckendre was there and got to talk to him a bit as well. Randy Elrod also stopped in and it was great to finally meet him in person.

Out of the blue Matthew Daniel from 4thejourney came in. He was not going to conference but saw the tweets and saw fred and I were going to be there so he stopped in. That was an awesome surprise to get to finally meet him as well.

We headed off to the hotel afterwards to get some rest before the rest of the night. 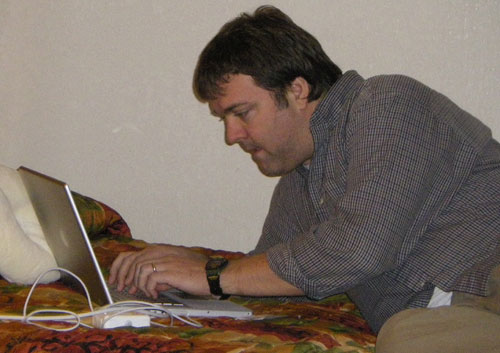 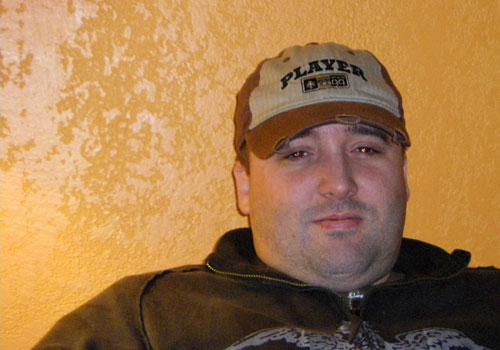 Ok After this it was time for a meet and great at a historic college of sorts. That was pretty wild. Tons of people. It was quite overwhelming actually and I’mt looking forward to meeting these people again today in a less hectic situation.

At the meet and great I met up with some amazing people. Again…No links..Too early…

We had dinner at a mexican joint called SOL and sat with Randy from Skorinc. That was fun talking design and wordpress with him.

And then on to an amazing Jazz concert from the adam Nitti band. These guys blew us away.

Hey guys..I know you all saw my last post about the Pure Praise MASS devotional going on over at “the worship community”

Get in on this. It is going to be very cool doing a devotional with a ton of people and gaining some new insights in to the heart of worship.

It starts monday…see you guys then.

About 2 years ago I had a vision of this amazing worship and arts community online. I couldn’t make it happen. Fred Mckinnon started the worship community forum and part of that vision took off. After many talks with him and a few other super freakin cool people I am pleased to announce a new version of TWC and fulfilment of the vision. The Worship Community 2.0. You have to check it out. You have to sign up. You have to get involved. You have to LOVE IT! Everything a person in arts, worship and media could need.

You got it buddy…some really important things around the net

3. How to tell a designer they need a little help – The Design Police

4. Mcmullens thoughts on marriage – READ IT!

5. Fake it Till You Feel it – Steven Furtick