September 22, 2009 — 1 Comment
Today, the new, long-awaited album from the David Crowder* Band, Church Music, hits the streets.
It’s a good CD and a few of us differ on our opinions on it. Go read the review before you buy the CD!
The Joint brings you another multiple viewpoint review of this fantastic record. Check it out here.
DONT FORGET TO ADD THE JOINT TO YOUR FAVORITE RSS READER!!! 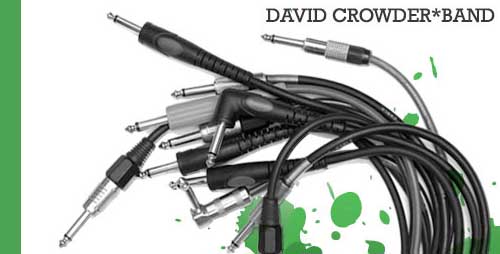 The David Crowder Band  just announced they are back in the studio working on a new CD.

I think all is well in the world now.

Offering
Nothing Without You – C (Bebo Norman)
You Amaze me – A (Michael Neale)
See the Way – Bb (Misty Edwards) ALT. Song
Doxology- D

My kids grew older and they were so fun.. They got really into music and all my toys.

We had another baby boy

Our church did some awesome stuff and really developed itself in it’s worship, youth, mens and womens areas.

CECWorship became a place for connecting worship leaders and I was honored to become friends with so many of you.
It also connect people in my own denomination giving us even more resources as a church.

It was a great reading year. I read close to 30 books this year and Had a blast doing it.
2 of the best were:
In a pit with a lion on a snowy day – Mark Batterson
A Dangerous Act of Worship – Mark Laberton
Both are must reads

Most of all it has been a great year for God..
He has done a great work in me and is constantly honing my gifts for him.

Thanks everybody for making theis blog a crazy success.

2008 is here and CECWorship is gonna knock your socks off!