Today Daniel Bashta’s new CD “the sounds of daniel bashta” came out. I first heard daniel a while back with his previous independent album and then later heard a lackluster cover from the crowder band of “Like a Lion”

I had the privilege of getting an advanced copy of this CD from my great friends at Integrity Music. Because this CD has been threatening to come out for a while now I think I have had it since Feb.

This is one of those CD’s that I think we can call a turning point in “corporate worship”. People like Misty Edwards and Jason Upton, who I love, have been around for a while now, but most of their music is not accessible for all many churches. Integrity has been launching amazing artists that are not only accessible, but are also out of the box and skilled with their craft. They are not just trying to churn out hits. They are trying to create a new sound of worship and I love that.

Bashta just reeks of the prophetic and grips the soul with lyrics like “I am the sound I am the voice…I am Jesus to this city!” It is not a CD with bubble gum lyrics. His words inspire and convict and most of all lift up Jesus.

I like to describe this CD as Jason Upton with ritalin or Red bull for the soul. There is such passion that rips through the songs that I am pretty sure they had to clean off the mic with a towel during recording.

I love a guy who sings with unbridled passion and conviction and Daniel does just that.

Because I have had this CD for a while now I have been able to incorporate some of the music. I have used “with everything”, “freedom is calling” and of course “Like a Lion”.

There is something so pure about “like a lion”. Something so breathtaking about its simplicity “My God’s not dead… He’s roaring like a lion”. The bridge is my favorite part because it says “let heaven roar” and just connects the revival with the church with the outpouring of the heavens.

“freedom is calling” is amazing and once again a call for the church to RISE. Then there is the song “the sound” with lyrics

WOW…seriously. not much needed to write about that one.

There is so much I can say about this CD and it’s lyrics. I am a huge Ihop fan and the prophetic movement, but it seems that that style of worship has not permeated the church as a whole. I think this CD and more coming out of integrity like John Mark McMillan, Brothers McClurg, and All sons and Daughters are breaking the mold and introducing the church to things we have lost. Depth, artistry, mystery, revival, warfare, and true passion.

Bravo Daniel for making one of the best CD so far this year! (a close second would be Owl City). Thank you for fueling the fire and giving the church sustainable red bull for the soul.

Disclosure of Material Connection: We received this CD free from the publisher to listen and post a review on our site. We were not required to write a positive review. The opinions we  have expressed are our own. We are disclosing this in accordance with the Federal Trade Commission’s 16 CFR, Part 255 <http://www.access.gpo.gov/nara/cfr/waisidx_03/16cfr255_03.html <http://www.access.gpo.gov/nara/cfr/waisidx_03/16cfr255_03.html> > “Guides Concerning the Use of Endorsements and Testimonials in Advertising.”

Hear “Rain It Down” from Carlos Whittaker’s New EP Today!

You haven’t heard about Carlos Whittaker? You either enjoy sleeping under a rock or you are never on the internet. Carlos (LOS, alias @LOSWHIT) is a social media ninja and some may say the Christian “blog father”. He is a creative genius who has worked in many large churches and helps other creatives to tap into their potential for Christ. He is also a worship leader signed by “Integrity Records.
His new EP seen below is available on i-tunes now for as little as $1.98 for 3 songs! Honestly you can’t beat that price. Take a listen to one of the track below and make sure you check out the rest of the blog tour as well. 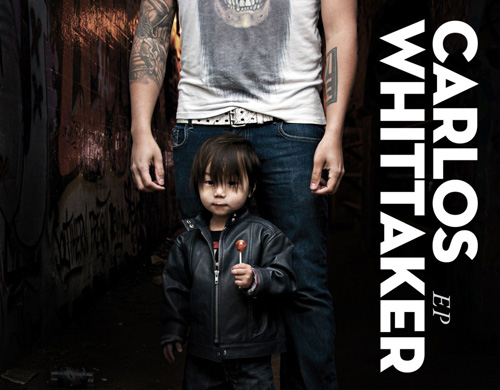 RAIN IT DOWN – Carlos Whittaker

DOWNLOAD THE FREE CHORD CHART FOR RAIN IT DOWN!