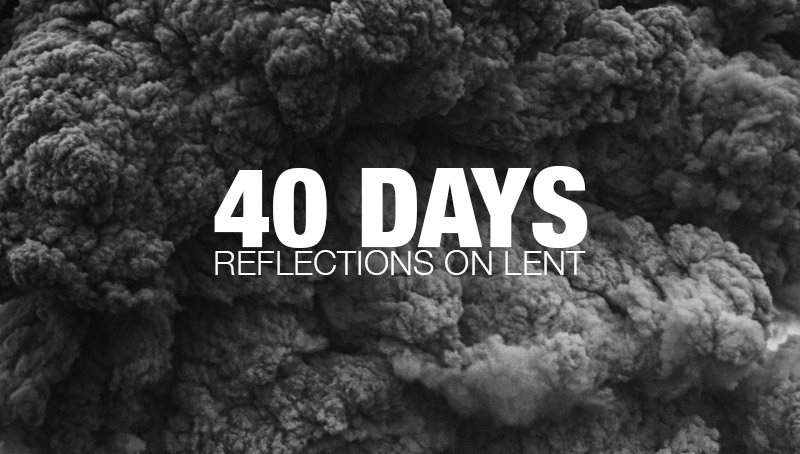 The ancient and wise philospher, Chumbawamba, once said

“I get knocked down, But I get up again, You’re never going to keep me down”

I have been amazed at my journey so far this Lent. I don’t know what it is this year that is making things so different for me. Maybe it’s the trials and wounds of the last few years. Maybe it is because in a few months I turn 40 and it’s forcing me to take a real look at my life. Not in a “I need to buy a corvette” kind of way, but instead with an understanding that truly each moment counts. Where am I headed?

The apostle Paul said this in Phillipians 3:12-14

12 I don’t mean to say that I have already achieved these things or that I have already reached perfection. But I press on to possess that perfection for which Christ Jesus first possessed me. 13 No, dear brothers and sisters, I have not achieved it,[d] but I focus on this one thing: Forgetting the past and looking forward to what lies ahead, 14 I press on to reach the end of the race and receive the heavenly prize for which God, through Christ Jesus, is calling us.

I wonder how many moments of my life can be defined by not pressing on to posses the perfection for which Christ first possessed me. Now, I am not talking about ditching netflix or refraining from mindless things. I am talking about the recognition that this “race” set before me matters. My growth in the Lord matters.

I came across a youtube video yesterday that I had seen before, but this time the Lord spoke to me through it.

It was the story of Great Britain’s 400m runner Derek Redmond, whose hamstring snapped during his event but was determined to finish the race at the Barcelona 1992 Olympic Games.

He never won a medal. Never made it into the finals. The footage shows him wincing in pain crippled on the ground as the runners next to him get a far distance ahead. Miraculously he stood up with an agonizing pain on his face and hobbled with one leg towards the finish line. When you watch the video it is much more heart wrenching than the written word because you can see every ounce that it took for derek to do what he did. He had made a promise to himself and his father that no matter what we would finish the race. Nothing would stop him.

He got half way and balled his eyes out… Suddenly he felt relief in his battle worn stride as his father ran on to the track, put his arm around derek and helped him finish the race.

I find it interesting that nobody remembers who won this race, but this man who lost it is etched into history.

I love that this same phenomenon happens in the backwards economy of the kingdom of God. The last shall be first.

Jesus set the race before us. This journey towards being more like him, growth, and life-change. However it is OUR choice to run.

Nowhere in the verses paul Writes does he say “sit still… wait”. Even waiting on the Lord requires movement. We still press on to grab hold of who Jesus designed me to be… reaching towards eternity.

Do you recognize what things make your spiritual hamstring snap? What takes you down?

I know my triggers. In my anxiety and insecurity words others say matter. I forget to trust I am who GOD says I am and instead hear the echo of others words rattling in my mind and heart. So I get stuck. I lapse into my comfort zone. I begin to believe lies and somehow convince myself that I need to jump into another persons “lane” in order to defend myself.

This has been wrecking me lately, because I am tired of having my hamstring snap and slamming to the floor. After years of getting wounded a person becomes desensitized to the stabbings instead of pressing on in order to heal or fight.

Then God showed me some things in that video of Derek I never saw before.

Sometimes life is so hard.. But don’t quit!
There are times when nothing seems to go right and you wonder where God is in it all… He is Emanuel God with us.. He is right there with you.

Your feelings, beliefs and awareness do not determine his faithfulness.
HE JUST IS FAITHFUL..

So we can have an attitudee of expectation and assurance that God is who he says he is. We need an attitude that presses on and wants more, but is patient with God’s timing. This is a journey and not a sprint. We have so many things along the way to learn.
Paul wrote this section about 25 years after that day he was knocked off his horse. Notice he is still in process. Still working on his growth in Christ.
This is a lifelong goal. When we make a choice to follow Christ our life is no longer our own.

My old self has been crucified with Christ. It is no longer I who live, but Christ lives in me. So I live in this earthly body by trusting in the Son of God, who loved me and gave himself for me. Gal 2:20

It would be wrong for me to say I’m a healthy person. I am overweight, a person who deals with issues like anxiety and lack of self worth, and I really love Cheese and Bread. With that confession out there I have in the last 6 months set out on a journey to work on getting healthier. It has been hard, sometimes easy, rewarding and down right annoying. I discovered, while eating better that I am clearly addicted to sugar and found myself in the “in between times” eating to deal with stress. I’m a stress eater? Where in the world did that come from and how did I never even notice this?

I set out on this journey not because heart disease, diabetes, high blood pressure and cancer are in my genes, but because every time I ate something acidic I would get major heartburn and a pain in my side. A lame reason I know but sometimes it takes dumb circumstances to get us on the track to working on bigger ones.

What I discovered after a few months of eating a restricted diet is I was no longer having stomach pain from acidic things. It was absurd. I could now eat salsa with no problems.

Another thing began to happen. I started drinking only water, green tea and coffee. My body was constantly being flushed of toxins and being sustained on being “clean”.

And then it happened…

I’ve endured pains before. I am used to them being overwieght and not in the greatest shape, but now I was feeling pain in places I never did before. My neck pain is out of control. My back and hip pain seem to come in waves for no reason at all.

A funny thing about Dairy and Cheese. They are foods that cause inflammation. I cut them out and you would think that if I was now ingesting anti-inflammatory foods that it would reduce inflammation and I would feel like 1 million dollars.

Well the truth is the inflammation I had previously was masking the pain in other areas. Basically this “thing”, this lifestyle that for all intensive purposes was killing me, was also numbing all kinds of other issues.

This realization has forced me to work on all kinds of areas that were never part of the “deal” of this diet. Posture, stretching, fitness, strengthening areas that are not in a normal workout to support the years of abuse on my body that the inflammation was hiding.

So now you must be thinking to yourself: “why is the word recovery in the title of this post?” – glad you asked.

There is one thing I have learned though about recovery that has now been solidified by my inflammation issue. When you remove the thing that is killing you there is also a discovery that it was making all the other pain numb. Hidden pain that was getting worse and worse and you never even knew. Now that it has been removed you are forced to deal with all the other things that it was hiding in your life.

Just like my health journey, when it comes to recovery this may end up being more painful than it was before… But it’s worth it.

When you remove the things that anesthetize your spirit then the spirit of the Lord can heal you from the inside out.

It’s in that moment that you can say:
I might be in pain but YOU are my healer
I might be afraid but YOUR love casts out that fear
I might be sad but YOU bring joy everlasting
I might be confused but YOU give me a peace that I can’t understand
I am no longer a slave to the things I did before, but that also means have have so much more work to do… This time with YOUR strength.